The Electoral Commission (EC) says its meeting at the City Escape Hotel in Accra is a normal meeting of the commission with its directors. “It is an in-house meeting of directors which we hold three times in a year as part of our operations,” it said. Speaking in an interview with the Daily Graphic, a Deputy Chairperson of the EC in charge of Corporate Services, Dr Bossman Asare, explained that the meeting could have taken place at the EC’s headquarters. He said the EC chose to relocate the meeting to meet the social distancing directives currently in force. Dr Asare said just as other institutions were working in the midst of the COVID-19 pandemic, the EC “is also working in preparation for the 2020 elections.” He said the commission was not speaking to the issue of some members of the NDC coming to the hotel.

The timely intervention of the Accra Regional Police averted an unpleasant scene at the Airport branch of the City Escape Hotel last Saturday where some members of the NDC had assembled to disrupt a meeting of the Electoral EC. Some national executive of the NDC and supporters of the party besieged the Airport branch of the hotel upon hearing that the EC had relocated the workshop to that venue. It, however, turned out to be a meeting of the directors of the EC. But the Accra Regional Police Operations Director, Assistant Commissioner of Police (ACP), Mr Kwesi Ofori, led a team of personnel to storm the hotel to avert any untoward incident. The police later provided a safe passage for the officials of the EC who were at the lobby of the hotel.

Speaking to journalists at the scene, Mr Ofori advised the NDC to resort to due process instead of taking the law into their own hands. He said the NDC officials had reported the matter to the Airport Police, hence the need for the police to conduct their investigations and deal with the matter. Apart from 20 officials of the EC that were seen at the lobby of the hotel, he said the police did not see any formal meeting going on. Mr Ofori said he had asked the EC officials to go to the Airport Police to write a statement in response to the complaint filed against the EC. 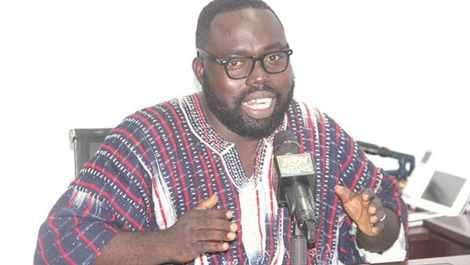 A Deputy General Secretary of NDC, Mr Peter Boamah Otokunor, accused the EC of deliberately flouting a court injunction barring it from holding a workshop to train its officers. The workshop, he said, was contrary to a ban placed on all public gatherings, including conferences, workshops, funerals, festivals, political rallies, sporting events and religious activities by the President in the wake of the COVID-19 pandemic. Mr Otokunor said the NDC would meet on Monday, April 27, 2020, to consider options available to it, including citing the EC for contempt. The plaintiff in the case, Mr Sam George, who also arrived at the scene, told journalists that the actions of the EC and the hotel management were a clear violation of the President’s order on the holding of mass gathering.